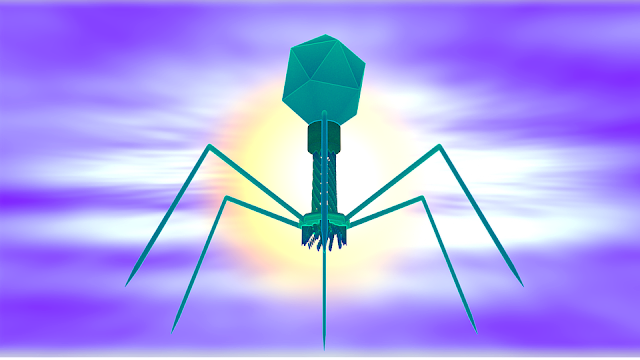 In 1881, Louis Pasteur began to study rabies in animals. Over several years, he developed methods of producing attenuated virus preparations by progressively drying the spinal cords of rabbits experimentally infected with rabies which, when inoculated into other animals, would protect from challenge with virulent rabies virus. In 1885, he inoculated a child, Joseph Meister, with this, the first artificially produced virus vaccine (as the ancient practice of variolation and Jenner’s use of cowpox virus for vaccination relied on naturally occurring viruses).Whole plants have been used to study the effects of plant viruses after infection ever since tobacco mosaic virus was first discovered by Iwanowski. Usually such studies involve rubbing preparations containing virus particles into the leaves or stem of the plant.
During the Spanish–American War of the late nineteenth century and the subsequent building of the Panama Canal, the number of American deaths due to yellow fever was colossal. The disease also appeared to be spreading slowly northward into the continental United States. In 1990, through experimental transmission to mice, Walter Reed demonstrated that yellow fever was caused by a virus spread by mosquitoes. This discovery eventually enabled Max Theiler in 1937 to propagate the virus in chick embryos and to produce an attenuated vaccine—the 17D strain—which is still in use today.The success of this approach led many other investigators from the 1930s to the 1950s to develop animal systems to identify and propagate pathogenic viruses.

Eukaryotic cells can be grown in vitro (tissue culture) and viruses can be propagated in these cultures, but these techniques are expensive and technically quite demanding. Some viruses will replicate in the living tissues of developing embryonated hens eggs, such as influenza virus. Egg-adapted strains of influenza virus replicate well in eggs and very high virus titres can be obtained. Embryonated hens eggs were first used to propagate viruses in the early decades of the twentieth century. This method has proved to be highly effective for the isolation and culture of many viruses, particularly strains of influenza virus and various poxviruses (e.g., vaccinia virus). Counting the ‘pocks’ on the chorioallantoic membrane of eggs produced by the replication of vaccinia virus was the first quantitative assay for any virus. Animal host systems still have their uses in virology:
■ To produce viruses that cannot be effectively studied in vitro (e.g., hepatitis B virus)
■ To study the pathogenesis of virus infections (e.g., coxsackieviruses)
■ To test vaccine safety (e.g., oral poliovirus vaccine)
Nevertheless, they are increasingly being discarded for the following reasons:
■ Breeding and maintenance of animals infected with pathogenic viruses is expensive.
■ Whole animals are complex systems in which it is sometimes difficult to discern events.
■ Results obtained are not always reproducible due to host variation.
■ Unnecessary or wasteful use of experimental animals is morally repugnant.
■ They are rapidly being overtaken by ‘modern science’—cell culture and molecular biology.
The use of whole plants as host organisms does not give rise to the same moral objections as the use of living animals and continues to play an important part in the study of plant viruses, although such systems are sometimes slow to deliver results and expensive to maintain.
In recent years, an entirely new technology has been employed to study the effects of viruses on host organisms. This involves the creation of transgenic animals and plants by inserting all or part of the virus genome into the DNA of the experimental organism, resulting in expression of virus mRNA and proteins in somatic cells (and sometimes in the cells of the germ line).Thus, the pathogenic effects of virus proteins, individually and in various combinations, can be studied in living hosts. ‘SCID-hu’ mice have been constructed from immunodeficient lines of animals transplanted with human tissue. These mice form an intriguing model to study the pathogenesis of human immunodeficiency virus (HIV) as there is no real alternative to study the properties of this important virus in vivo. While these techniques often raise the same moral objections as ‘old-fashioned’ experimental infection of animals by viruses, they are immensely powerful new tools for the study of virus pathogenicity. A growing number of plant and animal viruses genes have been analysed in this way, but the results have not always been as expected, and in many cases it has proved difficult to equate the observations obtained with those gathered from experimental infections. Nevertheless, this method will undoubtedly become much more widely used as more of the technical difficulties associated with the construction of transgenic organisms are solved.
ADVERTISEMENT